You are here: Home / Formula4 Feet® Testimonials / You gave me my horse, Cletus back! 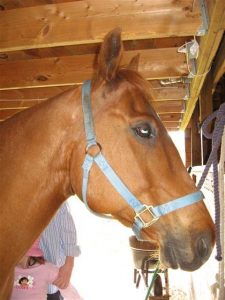 My true blue 12 y.o. gelding Cletus who I have had since he was a 4 month old, showed up to me dead lame and in major pain with heat when I went to let him out to his pasture. He also pulled his right foot shoe. He had been upset for a couple of days since my mare had left the farm. He was pacing and stomping is feet in the ground as he went back and forth at the fence looking for her. I promptly started him on 2 grams of Bute followed by one gram for 2 weeks.

August 3rd 2006
The glue on shoe came off. This time the farrier said, no more. He suspected the horse had foundered. He could not afford the time to keep returning and adding a glue on shoe and to keep rebuilding the foot. He suggested two things 1) New farrier that would spend the time or 2) to pasture Cletus for at least a year with no shoes and add a supplement to his diet. Also he suggested X-raying his feet to confirm if he in fact had foundered. I chose option 2. Since Cletus was, and is, such an incredible gelding I could sacrifice 12 months of riding for his well being. So my farrier suggested a supplement that is most popular here in the States. He said this was the one supplement backed by research and he suggested it to all his clients in my situation. My vet agreed. I knew very little about the subject other than to make sure what I did involved Biotin. Pretty sad but I must be honest. I took the next two weeks researching his suggestion plus other supplements including Formula4 Feet. I gave myself a couple of weeks to find what I thought would be best for Cletus. The farrier knows his business but I know my gelding. I was not going to put Cletus in more pain or feed him something that was unhealthy. I was told by many well intentioned people to add gelatin to his feed. For anyone who does not know gelatin is a made in part from hooves, bones, and tendons. I fail to see how a herbivore can breakdown meat to actually benefit them. Not to mention how they can digest and get rid of it properly. Nope, my gelding was getting something he could breakdown and utilize to his benefit. I went online and did my research. Formula4 Feet popped up in my Google search. I went to the website and was floored at the wealth of information and the product itself. I compared my findings of Formula4 Feet to the supplement suggested by my farrier and other top choices.

Aug 8th 2006
My vet X-rayed Cletus and confirmed he rotated but did not founder. He agreed with the farrier on the supplement of choice. He or my farrier had not heard of Formula4 Feet and were not very supportive of the supplement.

I chose to go against their suggestion. Imagine I was going against the suggestion of 2 top professionals in my area. They are both good which is why I use them and after all they are the pro’s and I am merely a small town horse owner. What did I know. The feeling was a sinking in the pit of my stomach feeling but my gut said Formula4 Feet was the correct choice.

Some reasons why I chose Formula4 Feet:

Aug 10th 2006
I started feeding Formula4 Feet. Cletus still showing pain/heat and back on Bute. In fact I had him on it for 15 days in the month August.

September 10th 2006
The farrier came up for trimming and to shoe my mare Rosey who came back to the farm. (Mentally Cletus is much happier.) The farrier noticed Cletus’s foot is more supple and healthier looking. His coat was more shiny that ever. He won’t support Formula4 Feet but said whatever I did is working. (The only other thing I changed was I dropped the grain in half as per my vet’s suggestion). Bute 9 days.

December
The winter coats of my horses are in full. Cletus’s coat is still shiny (his first ever.) Usually it heavy but dull. Rosey’s coat is dull too. I start her on Formula4 Feet. 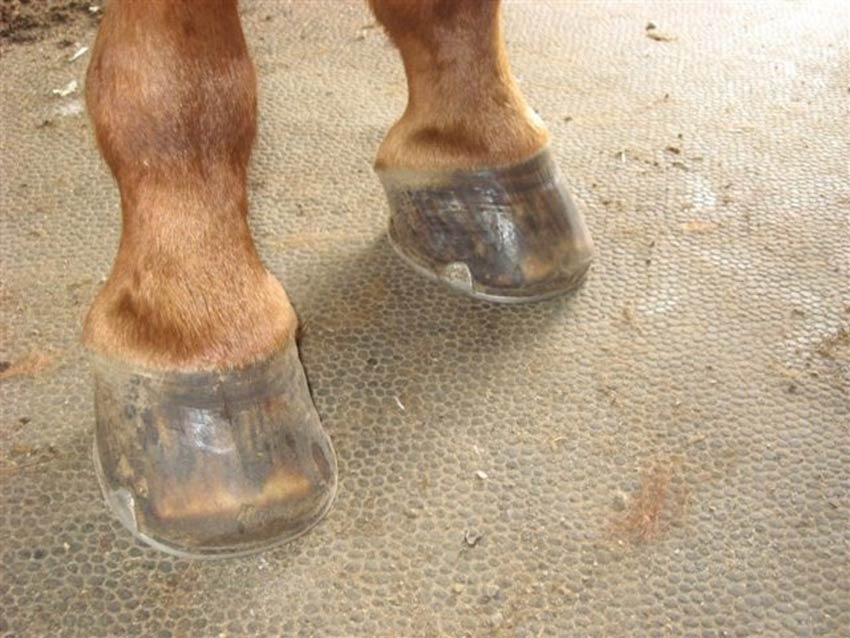 December 19th 2006
Farrier visit. We discussed previously that we would shoe Rosey with caulks for our winter, icy, mountain conditions and try Cletus on glue on shoes with caulks. He showed up and was in the barn for about 1/2 hour before I could join him. He had Cletus in the cross ties and on his right foot shoeing him. I was floored and speechless. He said Cletus grew such a healthy strong foot that taking a nail was no problem. I was in total shock. My next question was can I ride him. My farrier said go ahead. So for Christmas Eve I got the best Christmas present I could ever want. Cletus and I went for a quiet ride down my road. The farrier also notice Rosey’s feet grew quickly, since the last shoeing. He averages 5 weeks between shoeing and trims.

So in the past 5 months I have learned 3 things:

Thank you to Robert Eustace, you gave me my horse back.