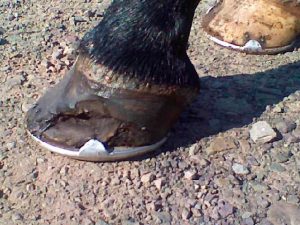 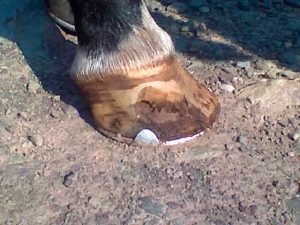 I have been meaning to email and tell you how wonderful your product Formula4 Feet is and what it has done for my Off the Track Thoroughbred, Gene! Back in 2007 Gene started developing awful abscesses in both front feet.. it got to the point where the farrier had to remove large parts of his hoof wall to try and get to whatever was causing this. After about a year of struggling, trying glue-on shoes, other supplements and hoof dressings, and still having a very lame horse on way to much bute for months, I found an article in a random horse magazine that was sitting in the back of someone’s vehicle. I saw Formula4 Feet and went to your website.

After I saw the testimonials I knew I had to try this… I still kept the glue-on shoes, and my farrier contacted a friend at New Bolton and was told to try porous silicone putty and copper sulfite crystals to kill whatever was attacking Gene’s feet. I think Gene has been on Formula4 Feet for at least a year and a half, possibly 2 years and he is doing so well!!! 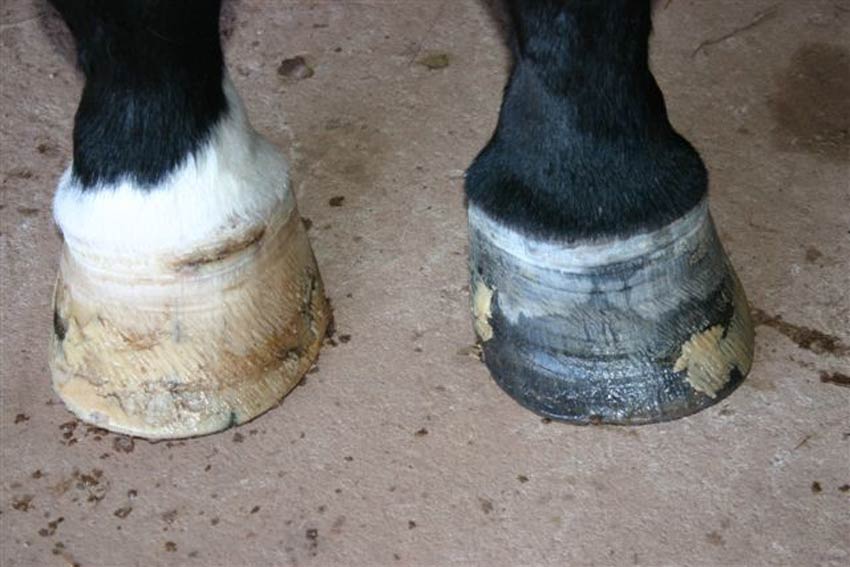 This past September I took him camping, only glue-ons up front and barefoot behind and he never took a bad step! On Friday January 08, 2010 he FINALLY had the glue on shoes removed! I plan to keep him barefoot and on Formula4 Feet! Thanks so much for making it possible for me to ride my horse Gene again! I have attached pictures of Gene’s feet from 2007, and pictures from just a week or so ago. Thank You so much for having such a wonderful product!! I tell everyone possible to try your product, because they won’t be disappointed!