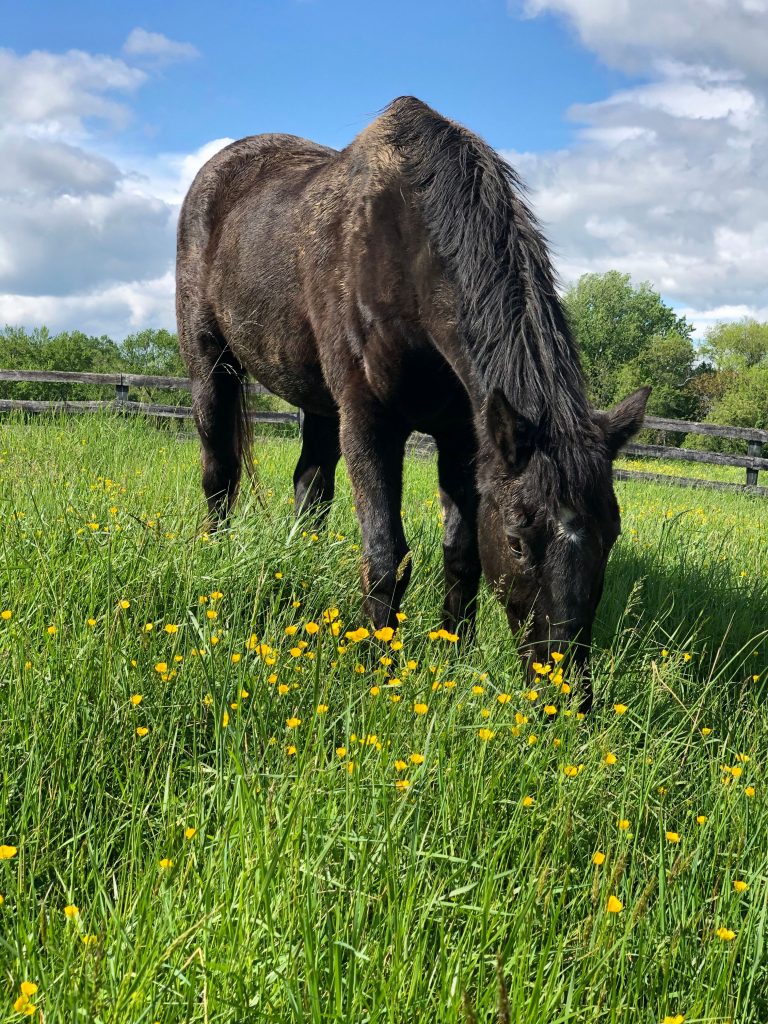 25-year-old retired hunt horse. Background and breeding unknown. Was thought to be a Premarin foal out of Canada. I am guessing he is part Percheron at the very least. Has been with his owners since he was five.

I met Charles about a year and a half ago when I moved onto the farm with my mare. His owner was looking for a companion for him and my retired mare was perfect for the job.  I moved in in December and by then Charles had quite a coat. I didn’t think much about it as he is a draft something or other. But when spring rolled around, he had a hard time losing all that coat. I started brushing him daily as he was so sweaty. He looked so uncomfortable. And he had these dry patches that were so itchy…

I told his owners that I thought Charles had Cushings so they called their vet for testing. Believe it or not, the vet felt that Charles was not a Cushings candidate. I was truly shocked, you could have knocked me over with a feather. I kept him clipped and cold hosed him through the summer but eventually, by maybe August he was a sleek black horse again.

This past winter Charles’s coat took on an even bigger yak like quality. You can see in the photos that his coat is extraordinarily thick and long and super plush. Considering we are in Virginia where the winters are mostly mild, I think that Charles was way overdressed. 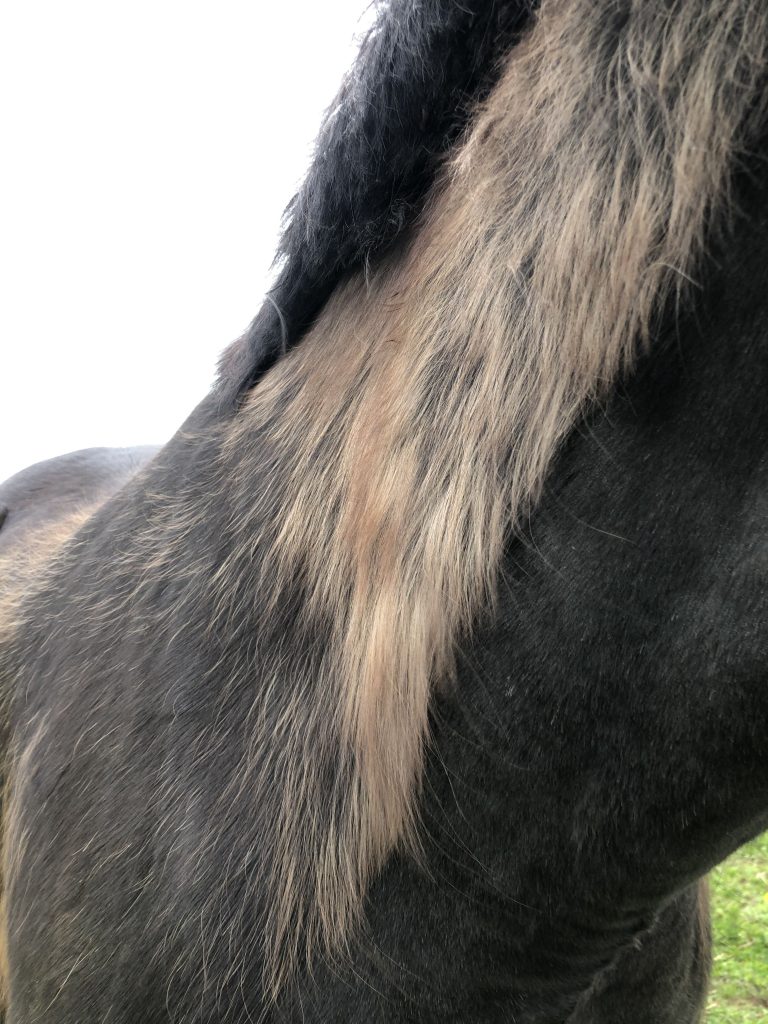 In the spring I suggested to his owners that we put him on Evitex to help him blow out his coat. I had been using it for my mare for years. I was a huge believer in all the good it did for her. So they trusted me enough to buy a gallon. While we were waiting to see what would happen, I shaved the underside of Charles to make him more comfortable. You can see in the pics of his neck what a silver back yak he really was. 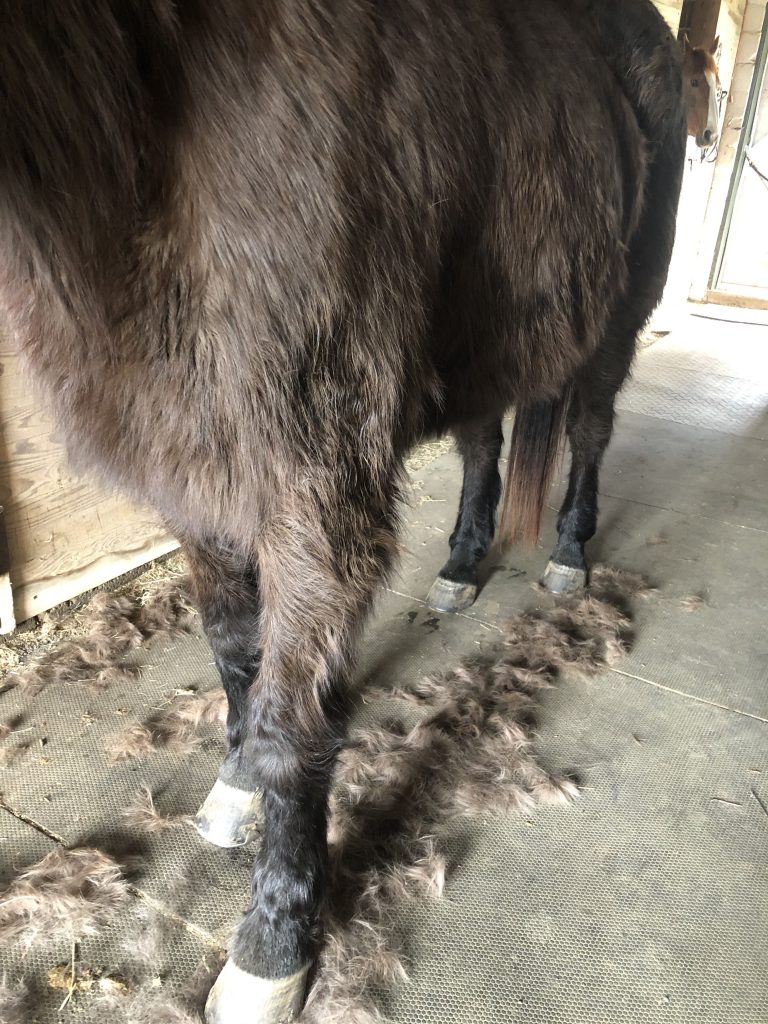 It didn’t take long for the hair to finally start shedding out. Thank god! While it will not cure Charles of the Cushings, it certainly was helping. One of the great things I also noticed about Charles is that he doesn’t sweat like he used to. It gets hot here, so of course there is normal sweating. But before the Evitex his flanks would be wet with sweat on a 60° day.

Thank you, Emerald Valley for helping me help Charles. A friend calls him King Charles of Cushings which may be exactly right. But he is the very best kind of horse and I am so glad we can make him more comfortable. 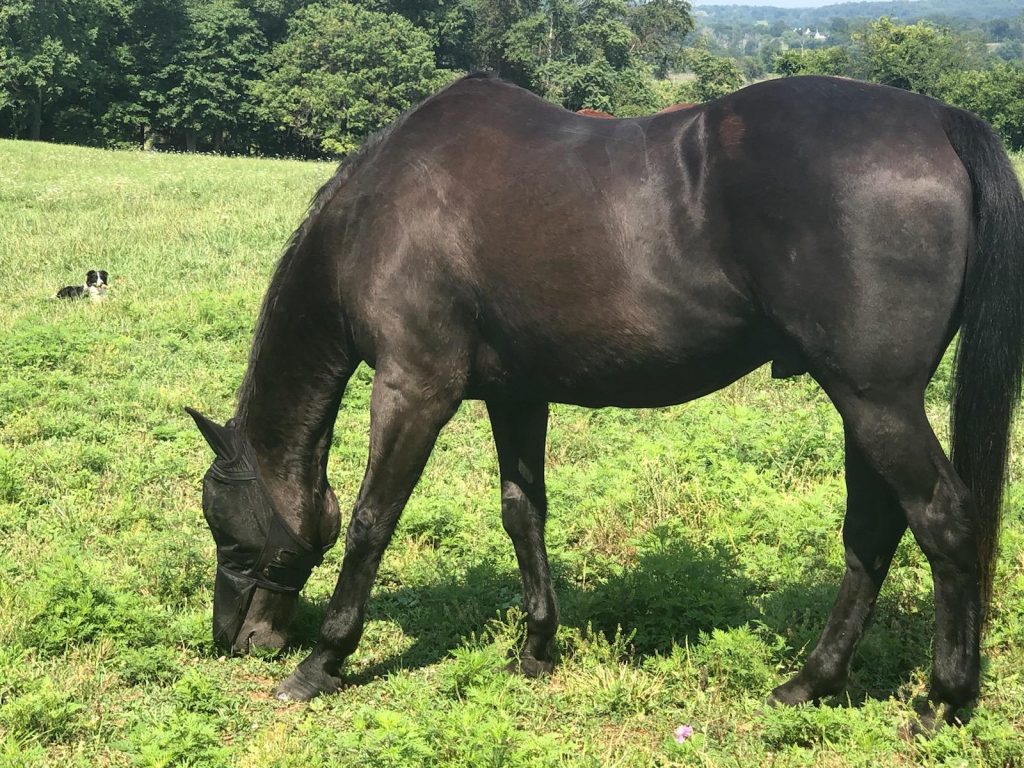