You are here: Home / Evitex® Testimonials / Digger without Sarcoids 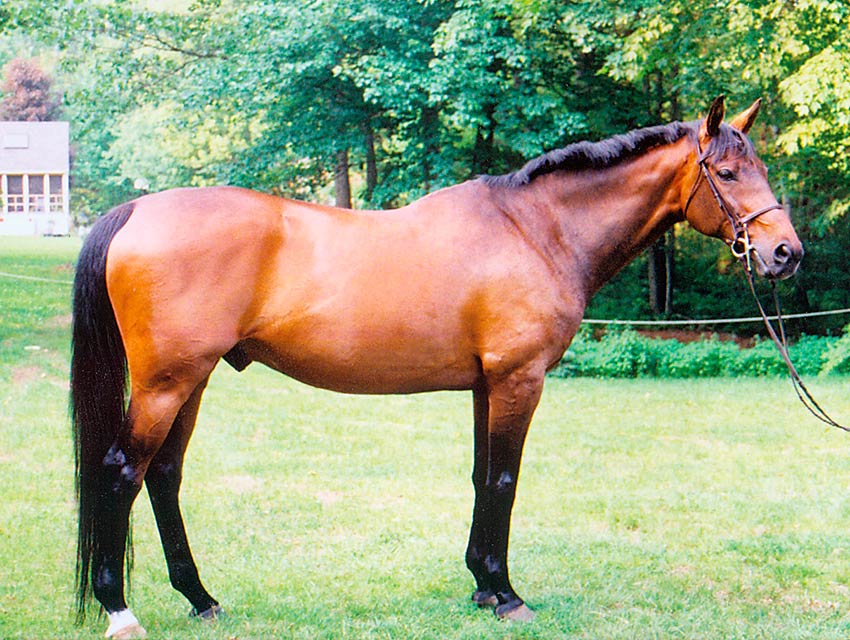 My 15 yr old Thoroughbred, Chics Dig Me (aka Digger), had a wart size sarcoid near his groin area two years ago. My vet took a look at it and suggested keeping an eye on it. However, it continued to increase in size over the summer. The bugs had started irritating it leaving it bloody and weaping. The vet removed it, sutured it up and sent the sample off to the lab. The results came back with the probability of more sarcoids returning.

As you can see, last Spring another one appeared. And seemed to grow much more quickly than before. By summer it was a bit larger than the size of a quarter. I started Digger on Evitex after researching the product and hearing from a friend that had used it on her gelding that had 3 sarcoids on his shoulders that diminished in 3 months. After two months, the sarcoid on Digger diminished in size. In less than 4 months, the sarcoid is gone.

Digger is now on a maintenance dose of Evitex, hopefully to ward off any reoccurences.